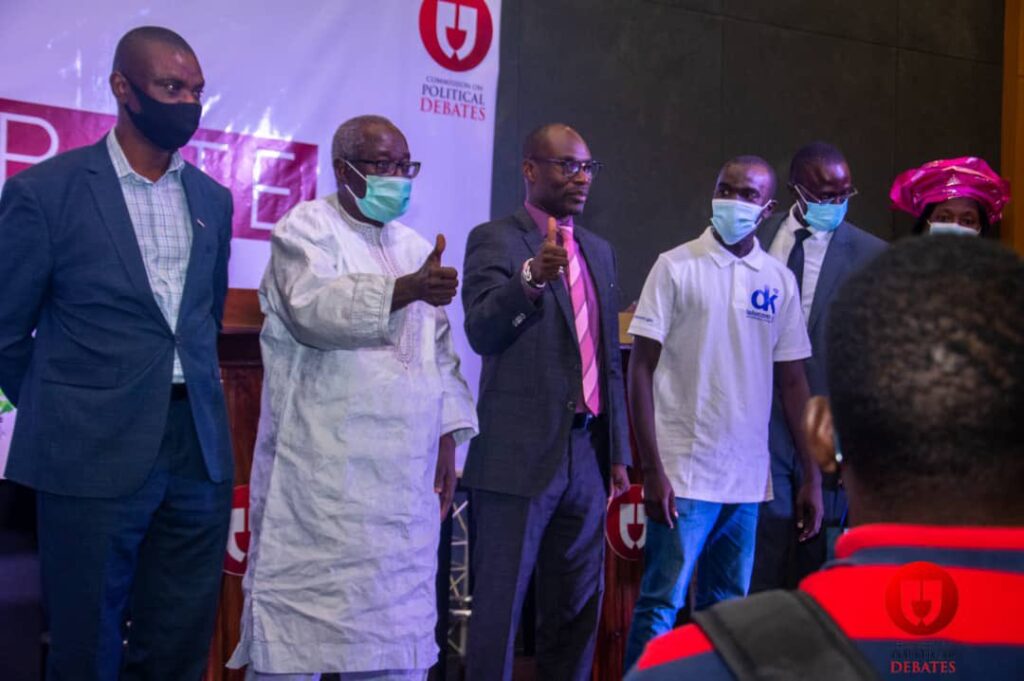 Ahead of the Gambia’s December 4 elections, the country witnessed its first presidential debate aimed at ensuring voters got first-hand information and understood the policy options of contesting candidates.

The November 20 debate saw 2 out of the 6 contesting presidential candidates engage citizens, sharing their understanding of the country’s current economic situation and their policy proposals for turning the country’s fortunes around.

This fact-check report sought to verify 4 claims made by Independent Candidate, Essa Mbye Faal and Halifa Sallah, the presidential candidate of PDOIS (The People’s Democratic Organisation for Independence and Socialism).

Claim: D667 million allocated to the office of the president

Between minutes 44:00 and 45:00, Presidential Candidate, Essa Faal said: “I am opposed to D 667 million being sent to the office of the president to do nothing for us other than travel or luxury travel. That money should have been used for the development of the province,”

So, to verify this claim, FactSpace Gambia perused the national budget statement.

On page 2 of Gambia’s 2022 Executive Budget Proposal, FactSpace Gambia found that D 672 million was allocated to the Office of the President as captured under the Budget Appropriation Report section.

The claim UNDERSTATED the allocation to the Office of the President.

Claim: The Gambia is rated as the second to last in a list of worst to do business countries

“Forbes Magazine has listed Gambia as second to last country for worst to do business in the world. It means we beat only Chad which is a country at war.” Essa Faal said between minutes 1: 48: 30 and 1: 49: 00.

Forbes, an American business magazine, has been rating 153 nations on business friendliness and producing a report called the Best and Worse Countries for Business.

According to the 2018 version of the Best and Worst Countries for Business, the Gambia was rated last but in among 153 countries. Efforts by our team of fact-checkers to access the most recent report by Forbes were unsuccessful.

The claim is TRUE.

Claim: 27% of roads in the Gambia have been built

According to the 2020 Transport Statistics Summary Report by the Gambia Bureau of Statistics, the total percentage of roads built in the Gambia currently stands at 32.96%.

The claim is rated FALSE.

According to the Gambia Bureau of Statistics, Agriculture contributes 19% of GDP, Industry 15%, while the Services sector contributes 63% of the country’s GDP.

So, while the claim about the Agriculture sector was accurate, while claims about industry and the services sectors are inaccurate.

The claim is a mix of accurate and inaccurate content.