ELECTION 2021: Has President Adama Barrow delivered on his promise to reduce unemployment? 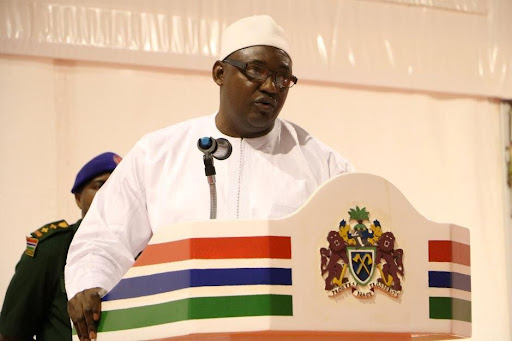 President Adama Barrow was sworn into The Gambia’s State House in January 2017 and succeeded former President Yahya Jammeh after ECOWAS Security Forces were invited into the country to secure a peaceful transition of power.

By 2018 the new government had prepared a blueprint for the country’s development dubbed The Gambia National Development Plan 2018-2021 (NDP).

But how many of the promises made to the Gambian people by the government have been achieved?

According to the NDP, all the statistics referred to in 2012 are from the Gambia Bureau of Statistics (GBOS). Below is a table from the NDP summarising Unemployment and Youth Unemployment targets.

The GBOS released unemployment statistics on 11th January 2019 after a Stakeholders Validation Workshop of the 2018 Gambia Labour Force Survey. Our reporter visited the GBOS on Thursday 2nd December 2021 and was informed that the 2018 Gambia Labour Force Survey was the most recent data available on unemployment. Our reporter was also informed that another study should be released soon on the Integrated Household Survey which would contain more up to date data on unemployment.

The statistics can be accessed on the GBOS Portal Social Media page and the 2018 Gambia Labour Force Survey.

At the United Nations 75th Session, President Adama Barrow addressed the General Debate on September 24th 2020 via a pre-recorded televised speech and in his address, President Barrow noted that “the Gambia’s Economy has shrunk to 2% GDP and it continues to contract. Our Tourism Sector which is a major employer and foreign exchange earner is devastated and unemployment is increasing rapidly”.